At the close of market on Wednesday, Jeff Bezos' wealth at Amazon hit $182.6 billion. This is the highest figure Forbes magazine has recorded since over forty years of tracking billionaires. This record was made after Amazon's capitalisation reached $1.54 trillion on Wednesday. Bezos owns 11.1% of the company shares. 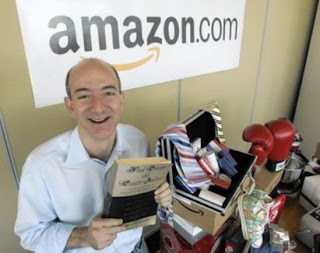 Jeff Preston Bezos is today $70 billion richer than Microsoft co-founder, Bill Gates who is worth $110. Bezos had been number one on the Forbes list of world's richest men in 2017 but that lasted only for two hours as Bill Gates took over few hours later.

Bezos could have been unbelievably $240 billion rich today if he had not given part of his wealth to his ex wife. In 2019, Jeff Bezos gave $59.1billion of his shares to Mackenzie Bezos, his ex wife as part of their divorce settlement. Now Mackenzie Bezos is the second wealthiest woman on earth. 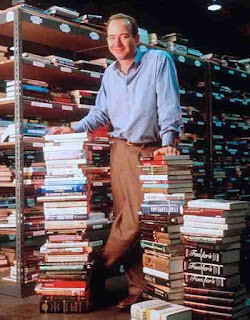 In 1993, on a road trip from New York to Seattle, Jeffery Preston Bezos( formerly Jeffery Preston Jorgensen) drew a map for Amazon. Starting in his garage, his parents gave him an estimated $300,000 as startup for his business plan. The business was first named Cadabra but later named after the Amazon River. At first, Jeff warned his investors that the business may be 70% at risk of failure. Amazon was meant to be an online book store but later expanded to music and videos, then to groceries and now data too. 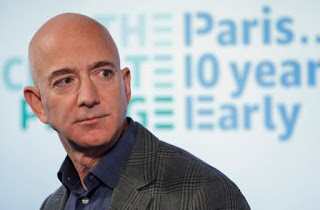 World's Richest Man, Jeff Bezos is so simplistic in lifestyle. He does not lavish his wealth on cars or property as an average materialism freak would do. Bezos is usually seen in his used Honda car which many consider as too demeaning for him. He proudly says the Honda car is ok for him. He certainly does not resist any temptation of satisfying his desires with his wealth. He has a fleet of quite expensive cars and scattered mansions all over the world.

One of the craziest spending Jeff Bezos will ever make is his investment in the 10,000 hour clock christened 'The Clock of The Long Now'. It is valued at $42 million. The mechanical clock is estimated to run for 10,000 years and is located in a mountain.

Business Insider describes Bezos as the world's richest man who has done very little for charity unlike Bill Gates and Mark Zuckerberg. Bezos has however pledged to donate $10,000 billion for the fight against climate change.

In April this year, his Amazon's employees cried out that Bezos did very little for their welfare during the COVID-19 pandemic. They said that some of their colleagues who test positive to COVID-19 were not revealed to the rest of the staff. They staged a peaceful protest for their members who suffered the coronavirus trauma.
Entertainment Home Lifestyle Local News World News