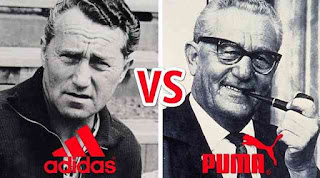 Adidas and PUMA are household names, but you probably don’t know the story of how these successful companies came to be. It’s a story of brothers who started out as business partners and ended up as bitter enemies and rivals. If you’ve ever tried to work with family, maybe you understand how this could happen, but these brothers took it to a whole ‘nother level. Today we’re going to tell the story of the enemy brothers who founded Adidas and PUMA. There’s definitely something to learn from the success of each of these brothers, so let’s start at the beginning.

Adolf and Rudolph Dassler were brothers who were born in the small town of Herzogenaurach [Hers-ah-gin-or-ick], Germany, about 12 miles outside Nuremberg. Rudolph, who was born in 1898, was two years older than his brother. The brothers went by the nicknames Rudi and Adi. Their family came from a long line of weavers, but once the textile industry was overtaken by industrialization, Rudi and Adi’s father Christoph, learned the art of shoemaking.
In 1913, Adi began an apprenticeship as a baker, but he was much more interested in athletics. After completing his apprenticeship, he decided against being a baker and instead began to learn about shoemaking from his father. He began thinking about how different types of shoes could potentially affect how athletes perform in different sports. After serving in the army for over a year at the end of World War I, Adi decided to start his own shoemaking business that focused on innovative athletic footwear. 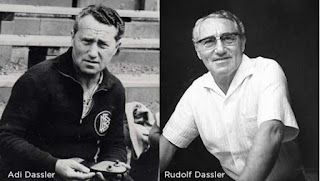 Adi started the business in his mother’s laundry room, but he had many challenges in the beginning. Germany was devasted after the war, and there were very few sources of materials or machines. But Adi was creative and resourceful. He scavenged debris left over from the war to find materials he could use such as army helmets with leather that could be used for soles and parachutes that could provide silk for slippers. He also created a leather milling machine that could be powered by a stationary bicycle instead of electricity. Adi had a strong vision for a unique shoe company that would focus on specialized shoes for various sports. He was constantly experimenting with innovative designs and materials like shark skin and kangaroo leather to see what would be most effective for different sports.

Rudi, on the other hand, had planned on becoming a police officer after the war but saw promise in his brother’s shoe business and eventually decided to join him on July 1, 1923. They officially opened the Dassler Brothers Sports Shoe Factory one year later and began making football boots and track shoes with hand-forged spikes. By 1926, they had moved the company out of the family home and were producing 100 shoes a day with a staff of 25 people. Both brothers joined the Nazi party in May 1933, and Adi saw the opportunity to expand production by supplying shoes to sports clubs in the Hitler Youth movement. In 1934, 34-year-old Adi married 16-year-old Käthe [Kate-uh] Martz, which would lead to problems later on, but more about that in a minute. The brothers’ would experience their big break two years later. 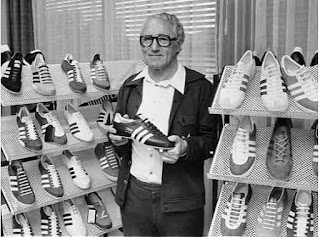 Joseph Waitzer, the coach of the German Olympic track and field team, became an early fan of their specialized shoes. He became a vital consultant for the brothers, and this relationship gave them unique access to the athletes at the 1936 Berlin Olympics. Athletes had worn the brothers’ shoes in the 1928 and 1932 Olympics, but the Berlin Olympics gave them the opportunity to showcase their products in their home country.

However, their greatest exposure came from American Jesse Owens, who accepted a pair of shoes from Adi and went on to win four gold medals while wearing the shoes. This led to a major spike in business internationally, and by 1938 their company was producing 1,000 pairs of shoes a day with specific designs for 11 different types of sports. But then World War 2 started and everything changed.
From Partners to Enemies 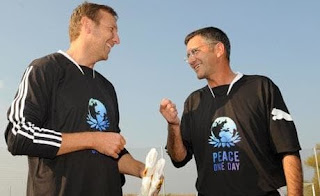 While Rudolf was conscripted into the army, Adi was permitted to remain as the head of the factory. Rudi resented this and thought that his younger brother was trying to take over control of the company, which he very well may have been. Rudi even threatened to have the factory shut down just so that his brother would also have to go to war. Although Adi continued to make shoes, the majority of the production was geared toward weapons and supplies for the war effort. Near the end of the war, Rudi defected from the army but was caught and arrested. He was in prison for about a month before the Allied liberation in May 1945.

After the war, tensions got even worse between the brothers. Rudi was still angry at how Adi had taken over during the war, and the brothers also disagreed on the focus of the business. While Adi was more concerned with developing the best shoes, Rudi was more focused on profitability and cash flow. Rudi also thought Adi’s wife was interfering with the business too much, and personal conflicts bled into the business as there was constant bickering in the household where Adi, Rudi, their wives, and their mother all lived.

The final breaking point may have been when the brothers were investigated for their ties to the Nazi party and they each tried to save themselves and threw each other under the bus. In 1948, Rudolf left along with one-third of the staff and went to the other side of the river in their small town, where he started his own shoe company, which was initially called Ruda and then PUMA. After the brothers were done splitting the assets of their business, they never spoke again.
Entertainment Home Lifestyle Local News World News