My husband wanted the best of me for our marriage and he was never going to compromise the standard he had set for the raising of our children. My job was full time and quite often I needed to go to work on Saturdays and use Sundays to prepare lots of reports ahead of Monday mornings. It was a frustrating situation that didn’t make me favourably disposed to the job.

When you add that scenario to the fact that I had been inspired by my mother’s knack for entrepreneurship and industry and I had developed a heart for service, it was only ‘natural’ for me to try out a ‘small business by the side’. 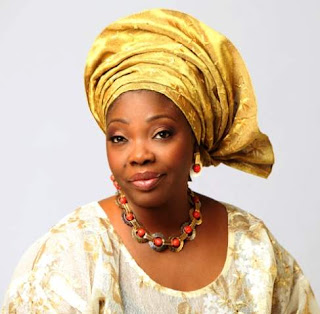 All successful entrepreneurs have one thing in common: they don’t quit! They’re usually faced with too many setbacks, but rather than let it all hold them down, they find the strength to get up and try one more time. And this cycle occurs over and over again till they eventually find success in their hustles. This is the success story of a woman who started side businesses while working full time, experienced failure severally, and eventually built a million dollar business, starting from the shed in her vicinity.

Kehinde Kamson, initially a tom boy, was born a twin on the 14th of August, 1961, in Lagos Nigeria. Her father, Adeleke Beniah Adelaja, was a prominent Principal of the Church Missionary Society Grammar School (CMS Grammar School): the oldest secondary grammar schools in Nigeria. her Mother, Omoba Adebayo Evangelin Adelaja, was a proprietress of Eva Adelaja Secondary School, located in Lagos, Nigeria. She was also an entrepreneur with several small businesses.

Kehinde attended nursery school at the International Women’s Society Nursery School in Lagos, while she attended secondary school at the University of Lagos Staff School. She completed her A’Levels at Queens College in Lagos and later acquired a bachelor’s degree in Accounting from the University of Lagos, Nigeria. She is also a graduate and MBA holder from the Lagos Business School.

After graduating from the university of Lagos, Kehinde Kamson got a job as an accountant at an oil and gas servicing firm. During this time, she was already married to a man named Sir Yinka Olusoga Kamson, and so, decided to start a side business where she sourced fish amongst fish mongers in Lagos. Her little business was called “Fish Mongers”, and she ran it for 5 years before she eventually shut it down because it was bringing in little to no profits, and was entirely unsustainable. 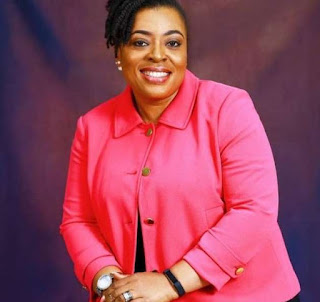 After the unfortunate demise of her business, Fish Mongers, Kehinde Kamson proceeded to try again with another venture. This time around, she started a pastries and cakes business, since she’s had a passion for baking from childhood. This business was named “Citycate – The City Caterers”.

Now Citycate was performing as she expected, and the demand from it was so much that she would wake up as early as 3 A.M everyday to bake, and then deliver pastries to all her clients before she headed to work. The task got too demanding and she eventually quit her job to focus on her new hustle full time. As her pastries started to get very popular, she started supplying them to the University of Lagos (which was her largest market, especially Medilag, the University of Lagos Medical School. She was also soon supplying the UTC, Leventis, and eventually Mr Biggs. 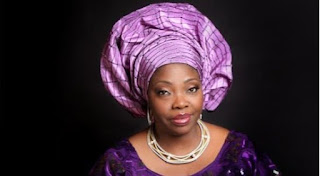 “Mr. Biggs inspired me beyond imagination. It was not just the boost in my sales, but the impressions I had as I watched on a daily basis their sales staff counting away loads of cash. I must confess I found that cash counting sight very inspiring! The cash counting at Mr. Biggs went on the whole day, seven days a week, 365 days a year. My prayer point became, Lord, make our money counting session be as long as Mr. Biggs!”

Her supply-term with Mr Biggs lasted for about 4 years, and then, she decided she was going to start up her own fast-food restaurant, and she named it “Sweet Sensation Confectionaries Limited”. Without a large capital to start Sweet Sensation, her new entrepreneurial passion, she decided to start up from a shed in her family house, in 1994. This shed was located in the backyard of the compound, and was their gateman’s house. In this shed, she started selling ice cream, Chinese food, chicken, and rice. The quick success from this little shed led her to open up a new branch in Lagos, and so, she promptly setup one in the Victoria Island region.

To make her fast-food brand stand out from the rest, she got creative by improving the ambience and experience in her restaurants and introducing a very diverse menu. By the fourth year of running the Sweet Sensation fast-food business, she was able to secure a loan of 5 million Naira from the bank, which she put back into the business repeatedly to continue its growth.