on July 10, 2020
With plastic surgery being a bit of a trend right now, it seems that all our celebrity has had some form of cosmetic surgery, whether that's small fillers in the cheek or a breast enlargement that'll give them double Ds in a mere few hours.

But with plastic surgery comes a lot of criticism, with many disagreeing that filling our bodies with silicone is acceptable.

One woman known as a "human barbie" has claimed she's now too hot to go to work after spending a whopping $95,000 (#40 million) on plastic surgery procedures. 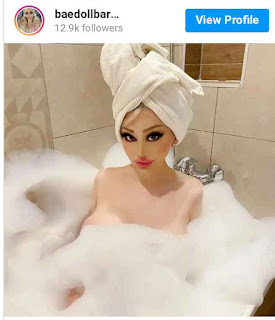 A lot of people might claim that looking like a “doll” is the perfect compliment, but is it?

Keep scrolling to see what she used to look like before her transformation. 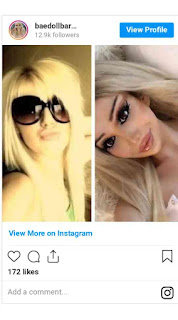 She was only 17 when she first went under the knife. What a bold decision for such a young girl.

She claims that her infatuation with dolls started when she was really young. And ever since then, she has been obsessed with turning herself into one. 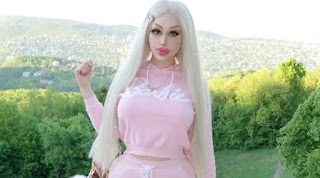 Her ex-husband paid thousands to try and help her out. But the real problem came after she couldn't do her job anymore.

She was forced to quit her job as a receptionist because she felt as though men only had one thing on their mind when they saw her. 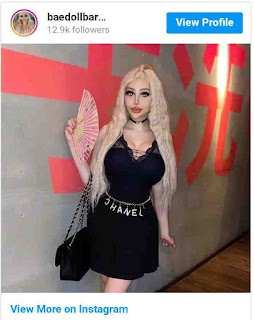 Barbara said the men always $exualized her. “At age fifteen, I started to work as an assistant at an estate agent, but all my bosses and even the clients tried to be s*xual with me even though I never behaved or dressed like a ‘bimbo’ then, it was my aura and charisma that made men crazy.”

She continued, “so I realized that this kind of work was not for me because I live in a society where a very attractive woman [don’t] have many options to keep her job or gain a higher position without giving men s*x – which I didn’t want [to do].” 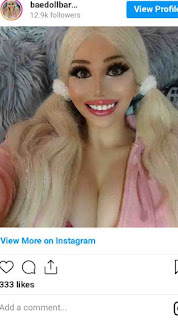 She wants to show the world that there is more to her than what she looks like.

“It is because we still live in a patriarchal society, like it or not. I am all for feminism but very feminine girls like me shouldn’t have to deal with men in the workplace.”

“The plastic bimbo doll look doesn’t mean we are less intelligent and I wish to show the world that I am not naïve or dumb.”
Entertainment Home Lifestyle Local News World News