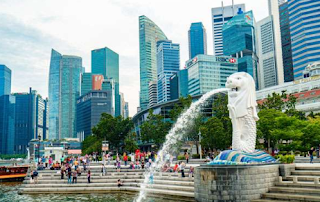 Typically, the healthiest countries are those that are developed. These countries have lower rates of pollution, access to quality health care, and access to clean, safe drinking water.

Unhealthy countries, on the other hand, do not have access to clean drinking water or any type of health care. Diseases run rampant. Pollution may be high, leading to health problems, illnesses, and death.

The life expectancy of the residents of these countries is low, and infant mortality is high. Quality of life is dramatically lower than in the more developed countries. 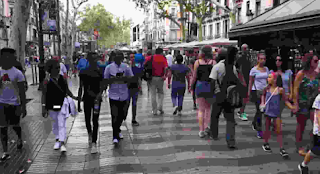 According to a Bloomberg ranking, Singapore comes out tops as the healthiest country in the world, followed closely by Italy, Australia and Switzerland. According to Bloomberg, it means having a healthy-living culture and a strong healthcare foundation and network, resulting in a longer life expectancy and lower death rates.

The final ranking was calculated based on a health-risk score that took into consideration factors such as cigarette smoking, alcohol consumption, obesity rates, physical inactivity, and extent of immunization coverage.

This score was then deducted from the main health score which was calculated from basic health factors such as life expectancy at birth, infant mortality rate, causes of death, and death rates of different age groups.

As such, the island-state's top ranking comes as no surprise, considering that if you live in Singapore, chances are you will live till the ripe old age of 82, according to statistics from the Ministry of Health Singapore.

Over the next five years, Singapore's healthcare spending is likely to double and by 2030, reach up to 3.5 percent of the country's GDP - promising a robust and widespread healthcare system for its citizens.

As for health-risk factors, the smoking prevalence in Singapore is also relatively low, with about 14 percent of adults smoking, and the typical Singaporeans diet, while not being completely ideal, is made up of mostly carbohydrates with lots of vegetables and side servings of meats and fish.
Entertainment Home Lifestyle Local News World News