Check Out The World's Most Expensive Jets And Their Owner 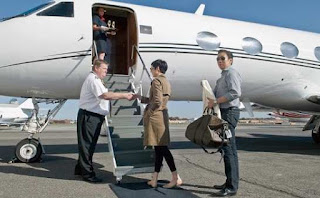 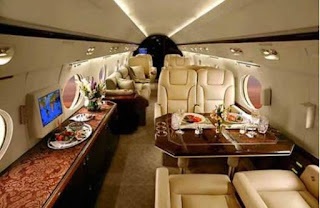 One of Tom Cruise’s first roles was portraying a pilot. This could be what turned him onto his love of airplanes; that or his millions of dollars and the realization that he could buy a plane if he really wanted one. His Gulfstream IV is one of the nicest private jets in the world. It can seat up to 19 passengers and it has only the most state-of-the-art furnishings and decorations. He uses this plane regularly to fly back and forth between his homes and his current movie sets, as well as to fly his youngest daughter, Suri, to and fro Disney World on a whim. 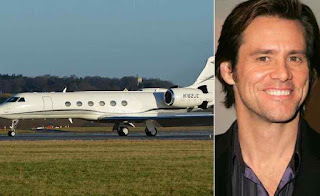 He’s made a fortune making hilarious comedies, and the world loves him. What does he do with all the money he makes on the big screen? He does a lot with it, but he certainly didn’t feel any remorse purchasing an ultra-expensive luxury jet to take him where he wants to go. The actor reportedly spent almost $60 million on a Gulfstream V, one of the most luxurious jets in the world. It’s one of the fastest in its class and can comfortably seat 16 passengers. Its upscale amenities make it one of the nicest planes in the world. 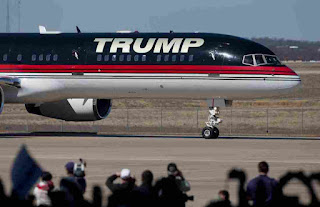 The Boeing 757-23 that belongs to Donald Trump originally belonged to Paul Allen, Microsoft cofounder. This gorgeous luxury jet is equipped with everything you could imagine. The Trumpster even had it refurbished to contain bathrooms made of solid gold, because when you are Donald Trump, you can do that. It has leather seats, seat belts that are gold plated and crystal lamps made of famed Waterford Crystal. He even has his name tattooed on the exterior of the plane in 24-carat gold. 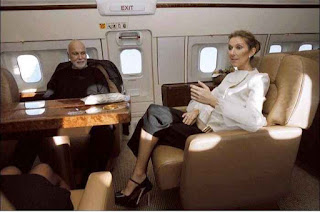 Celine Dion and Oprah Winfrey have very similar private jets. The Canadian-born singing sensation owns a Bombardier BD-700 Express. This plane comes in several different categories, and Celine Dion chose the most comfortable for her. She has a living area, a flight crew and two flight attendants, a couple of private bathrooms with high-end amenities and a full kitchen should she become hungry during her flight. She can accommodate as many as 18 passengers alongside her, and its upgrades are some of the finest on the market. She paid almost $50 million for this plane, which is not surprising given its options. 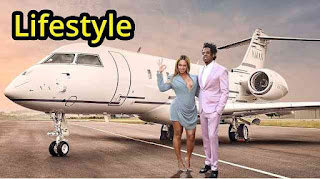 Rap superstar Jay-Z and his wife Beyonce have one of the nicest private jets around. Their Bombardier Challenger 850 Learjet is complete with a living room decked out entirely in leather. It has a full state-of-the-art kitchen and two bathrooms. The plane can accommodate several guests, and the musically inclined family use their private jet often to take vacation with their toddler daughter, Blue Ivy. Beyonce is one of the wealthiest superstars in the world, and she used her fame and money to buy this plane as a gift for her husband, which goes down in history as one of the nicest gifts ever given. 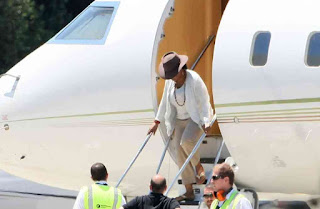 She’s worth billions. She’s the queen of the talk show, one of the most successful business women in the world and she’s made it all the way to the top from the virtual bottom. Her success gave her some large paychecks, which she used to purchase one of the most exclusive and expensive planes in the world. Her Bombardier Global Express XRS can reach an altitude of 51,000 feet and it can accommodate 10 of Ms. Winfrey’s closest friends and family. It’s one of the most upgraded and upscale planes ever built. Oprah doesn’t like to travel anything but in style. 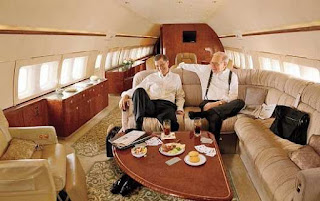 The richest man in the world has a Dassault Falcon 7X. Though we hear that’s may not be the case. Apparently he owns 2 Global Expresses. However, in terms of the 7X, it’s designed to take off faster and steeper and land slower than any other private plane on the market, which is what makes it one of the safest planes on the market. This luxury jet is suited for Gates as he is one of the most technologically advanced people in the world. It’s one of the most luxuriously appointed planes around. He paid handsomely for it, but didn’t splurge compared to some other celebrities.
Entertainment Home Lifestyle Local News World News