on March 04, 2020
Reports making rounds online have it that a popular food vendor from Ughelli, Nigeria’s Delta State was burnt into ashes by an angry mob following accusations that she uses water from the mortuary to prepare her food. 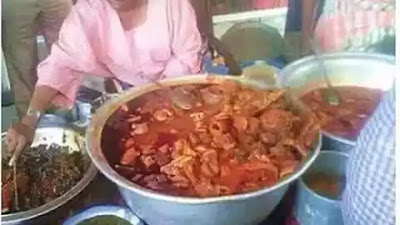 Popular food vendor ‘Mama Aroma’ burnt into ashes for using water from the mortuaryThe woman nicknamed ‘Mama Aroma’ is reported to be notorious in the area for preparing delicious meals that are in high demand.
Before her alleged death, the food vendor reportedly sold her Banga rice on a truck in the market where people form long queues to patronise her services.
According to local media reports, a mortuary worker who had been seeing her come to the mortuary at night to fetch the water which has been used to bath dead bodies decided to monitor her to ascertain what she uses it for. 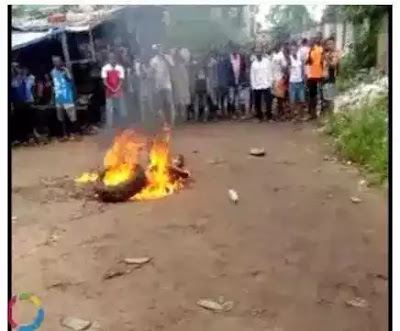 ‘Mama Aroma’ got into trouble when the said mortuary man followed her to her joint in the market and raised an alarm, prompting the youth to subject her to instant injustice.
It is further reported that some residents who had consumed her food pounced on her and beat her up before setting her ablaze.
Entertainment Home Local News World News