‘Women hate sucking of their breast before sex, so guys please go straight to the point’ – Man says

on February 05, 2020
Savage Nonny, a relationship twitting guy has on Twitter stated that women do not like one popular foreplay that guys do with them before smashing their ‘thing’.
According to him, the act of sucking ladies breasts before having sex with them is one of the few things that women hate but can’t say. 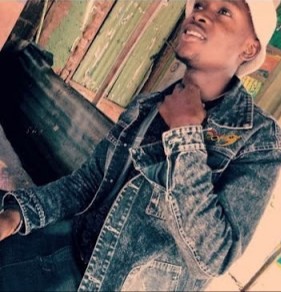 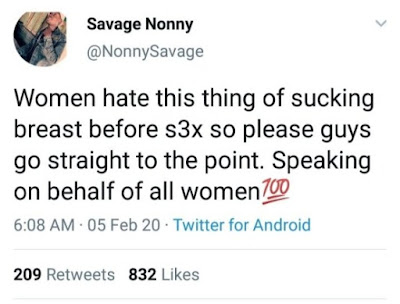