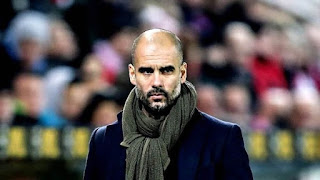 Uefa has announced that Premier League champions Manchester City have been banned from the Champions League for the next two seasons. Pep Guardiola’s side has also been fined £25m for “serious breaches of Financial Fair Play Regulations”. The decision “is subject to appeal to the Court of Arbitration for Sport (CAS)”.
‘Disappointed but not surprised’ – Man City statement Manchester City has released the following statement after Uefa’s decision to ban the club from the Champions League for two seasons.
The club says they are “disappointed but not surprised” by the announcement. They added they “always anticipated” that they would need “an independent body to impartially consider the comprehensive body of irrefutable evidence in support of its position”..
They go on to call the process “flawed” and that the “consistently leaked” nature of the process left them in “little doubt in the result he would deliver”. They have already formally complained to the Uefa Disciplinary body. They conclude “simply put, this is a case initiated by Uefa, prosecuted by Uefa and judged by Uefa” and they will now “pursue an impartial judgment as quickly as possible and will, therefore, go to the Court of Arbitration for Sport at the earliest opportunity”. 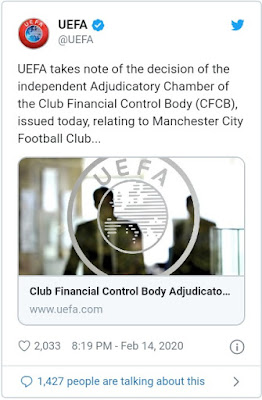