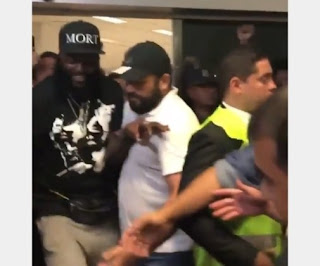 Hundreds of Olimpia fans welcomed the Togolese striker to Paraguay as he is set to play for Olimpia. Emmanuel Adebayor touched down in Paraguay and was greeted by hundreds of screaming Olimpia fans who were so excited about seeing him.
Adebayor, who turns 36 later this month, arrived in Paraguay overnight to a remarkable response from Paraguayan fans who greeted, took photos and chanted while he posed with his new club’s banner.

The move sees the former Arsenal, Manchester City, Crystal Palace, and Real Madrid forward join the tenth club in a career that spans close to two decades. He is expected to cause a massive improvement in the team.