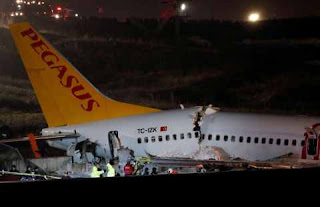 A major accident has come to light in Istanbul, Turkey. Here a passenger plane slipped while landing and broke into three parts. The entire part of the plane fell apart due to this terrible accident. This aircraft is owned by Pegasus Airlines. At present, no casualty is known in the accident. However, many people have been injured due to this incident.
Landing between strong wind and rain 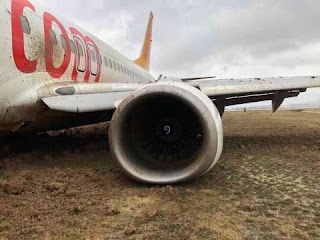 According to news agencies 177 people were on board the plane. When this accident happened, the plane was trying to land at that time. At the time of landing, there was strong winds and rain at the airport.
Aircraft caught fire after landing 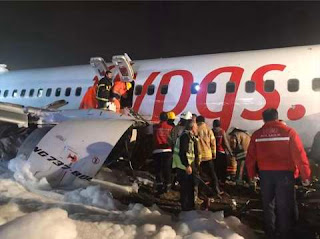 A huge fire broke out in the aircraft soon after the accident. Later firefighters overcame it. TV channels in Turkey showed live pictures of the incident. In the video, several people were seen running out of a broken plane.
Turkish Transport Minister Mehmet Cahit Turhan said that no one died in this accident. Till now, it has not been known how many people have been injured in this accident. However some agencies said that more than 50 people were reported injured.
Some people may get caught in the plane According to the report, some people may still be trapped in the wreckage of the aircraft, a rescue operation is still going on at the scene. According to Transport Minister Turhan, there was a loud explosion after landing and on seeing the plane was split into three pieces. 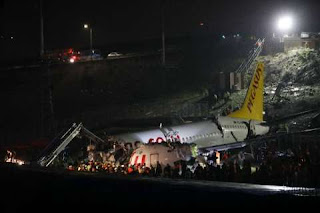